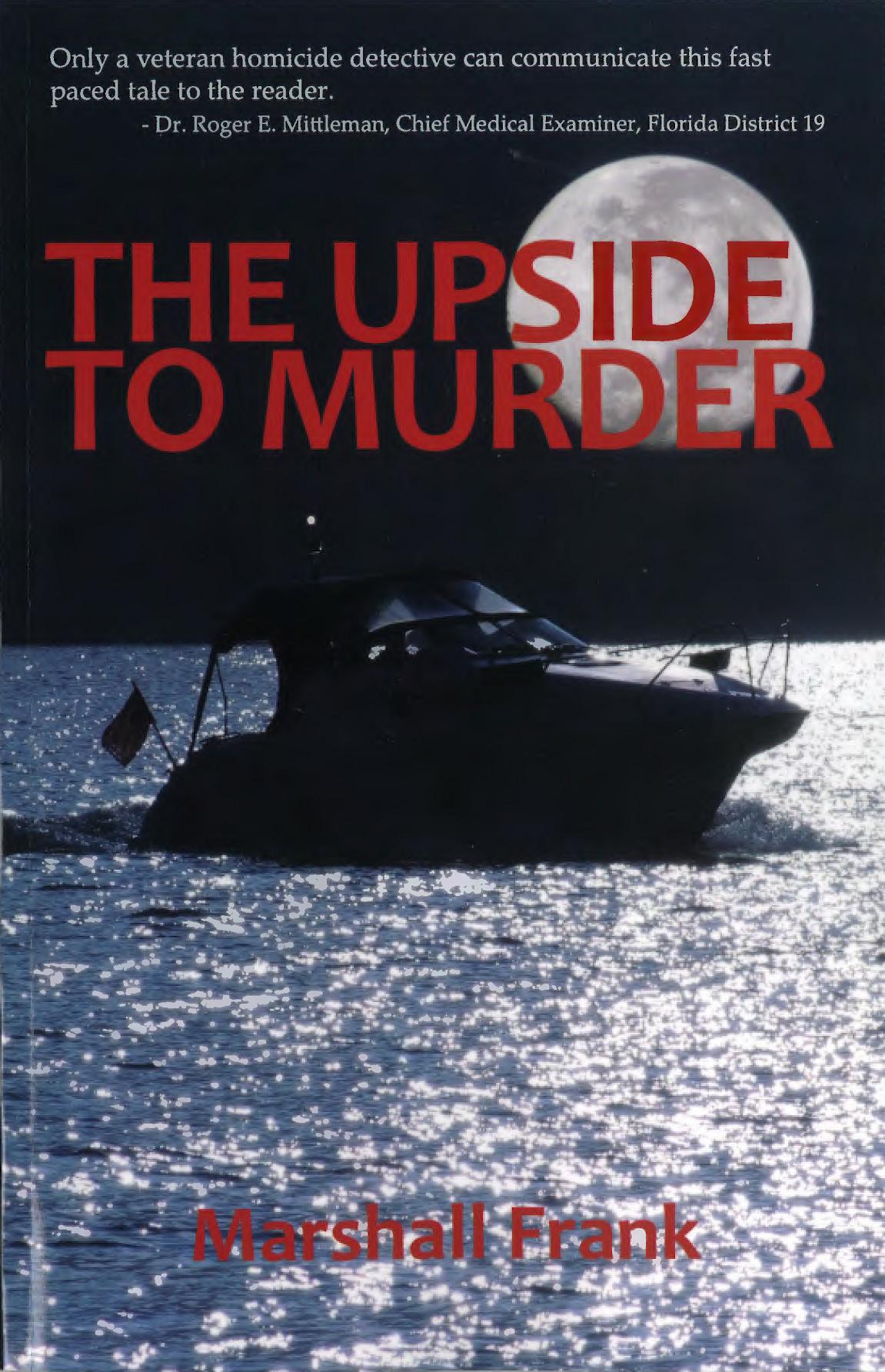 After 16 year-old Cassandra is gang-raped, shot and left for dead, African-American Doctor Orville T. Madison, embarks on a stealth campaign to protect his daughter from reliving the terrifying ordeal through rigors of the justice system. His obsessive pursuit drives the Miami physician into a spiral of chaos as he desperately tries to resolve inexplicable conflicts between love of child and love of God. Besides emotional struggles and unending suspense, Upside To Murder offers engaging sub-plots with forensic investigations, social controversy and the power of love. A gut-wrenching drama pitting good versus evil bringing out the worst in the best of people.

NEW: The Upside to Murder (Audiobook) by Marshall Frank |
Audible.com

” Marshall Frank has proved himself a master at suspense with a novel that weaves a twisted crime story around our most basic human instincts, emotions, and needs. Thumbs up.”

—Bahia Abrams, author, The Other Half Of My Soul

“Marshall Frank knows murder for its complexity and surprises. Only a veteran homicide detective can communicate this fast paced tale to the reader.”

“Frank has penned a gripping story filled with real people dealing with real dilemmas of life: separation, pain, loss and grief. The reactions of his characters to these dilemmas drive a story that unfolds quickly with many a twist and turn. This book is hard to put down.”

“…a thriller that could only be written by a man with an intimate knowledge of detective work; who also happens to be a master of the English language. Demonstrating the author’s attention to detail, each carefully crafted scene—and for that matter, every phrase, paragraph, and page—adds to our understanding of the unfolding drama; as we become more invested in the characters, and increasingly curious regarding the outcome of the story, with each succeeding sentence.“