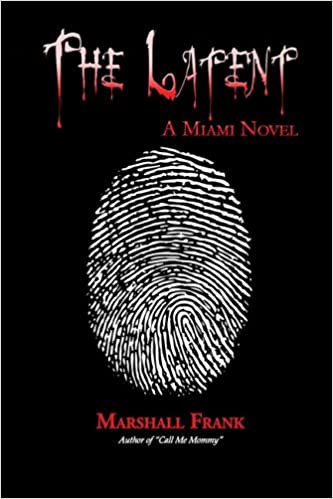 Called to a bloody murder scene at an oceanside motel in North Miami Beach, Florida, award- winning homicide detective, Rockford Burgamy, is embroiled in a baffling case that plunges him into a series of roadblocks in which his most serious adversary is himself. Down-on-his-luck, broke, a twice divorced father of two, Burgamy must conduct his investigation within the unfamiliar culture of gay life while the department imposes unyielding pressures that threatens to destroy his morale. As the probe unveils a pattern of serial killings, the case also triggers a resurrection of haunting childhood events that had altered Burgamy’s life forever.  The ordeal ultimately leads to a conclusion no one would have ever anticipated, including himself.

Offering an engaging cast of characters, this is an emotionally gripping story that will keep the reader on edge from cover to cover.

PRAISE FOR THE LATENT

“The Latent” is a fast paced, exciting mystery with astonishing, unexpected twists of story that leave you turning the pages. Frank, with his police background, is a master of plot. A must read for mystery buffs. — Joan Medlicott, author of “The Ladies of Covington

“Only a big city cop with thirty years on the job and 2000 homicide investigations to his credit could have written this page turner. If you want to know how to solve a “Whodunit” Marshall Frank’s The Latent is the book to read this season.”
—David Waksman, author and
Miami-Dade Ass’t. State Attorney