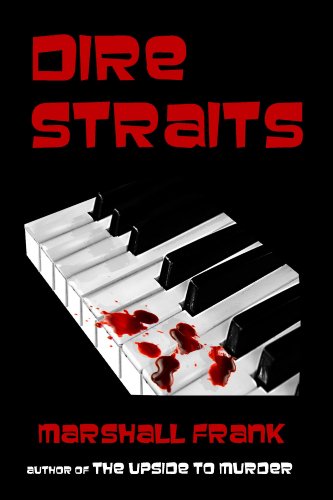 A gripping, suspense-filled police thriller set amidst the exotic ambience of Miami, Florida, where sex, violence and corruption is the trademark of life in the fast lane. Cuban-born homicide detective, Mike Estevez, responds to a posh suburban mansion to investigate a grisly mass murder. The ensuing week drives the top cop to the edge of personal disaster as he not only hunts for a rampant serial killer, he must grapple with a gut-wrenching dilemma that no one else must know about. Meanwhile, the search is on for a surviving witness known only as Mirage who spends a harrowing seven days stalked by a relentless killer while she frantically conceals her identity from police and family. Tension remains high throughout this suspense drama which presents an engaging cast of characters in and out of the police ranks. The novel will be hauntingly familiar to many Americans who have dealt with obsession and conflict between love of family and love of career. It also tells about municipal politics, internal corruption, incompetency, prejudice, realistic crime scene investigation, sex and violence, Miami style. This novel is not for the light-hearted. The author is a former Miami-Dade County homicide investigator who brings authenticity to scenes of murder and violence, as well as the seedy side of police conduct only a cop would know.

“…tension builds until it explodes in the end. You’re on the edge of your seat…”
Leigh Neely, The Villages Daily Sun

“Marshall Frank writes what he knows and what he knows will take your breath away, heart pounding, pages turning long into the night.”
— Edna Buchanan, author of The Shadows.
Marshall Frank’s Dire Straits is a suspenseful thriller with low-life characters gruesomely believable as he takes characters on a tour through South Florida’s raunchy underworld. ”
— Annette Clifford, Florida Today
“In the style of Elmore Leonard, Frank delivers sensational details with realistic prose.”
– Asheville Citizen-Times
“Frank writes with authority and verisimilitude creating a world that smells, looks, sounds, tastes and feels real.”
— Gary Carden, author of Mason Jars in the Flood.