“THE YEAR OF DANGEROUS DAYS” – Review By Marshall Frank 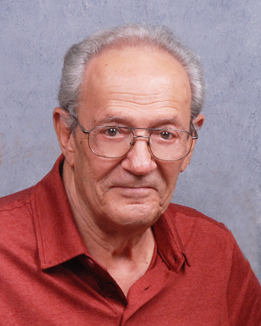 “THE YEAR OF DANGEROUS DAYS”
Riots, Refugees and Cocaine in Miami, 1980
By Nicolas Griffin

This is a powerful read for people, especially law enforcement personnel, judges, prosecutors, and prison staff who survived Miami in the era of boundless crime, 1979-1980. Penned by a first-class Miami writer, Nicholas Griffin brings the reader into the most difficult era in law enforcement history when Dade County became the murder capital of the nation for four consecutive years.

Yours truly is mentioned in a number of incidents and scenes. I feel honored to have been of assistance to the author. We also interviewed many other Miami-Dade cops who worked, along with others, around the clock on these cases. This includes my good friends, most notably Frank Wesolowski, Al Singleton, Raul Diaz and Lonnie Lawrence. A full list is mentioned in the book.

Nicholas Griffin is a first-class interviewer, and I’ve known many. Also mentioned are numerous other officials from various agencies in South Florida

The book is available via Amazon or at bookstores everywhere.

This is a bit of a slower read because it is absolutely fascinating. I highly recmmend it. Once you pick it up to read, you will be glad you did. Marshall is mentioned throughout the book, in very interesting and positive ways!

Many thanks for the “head’s up” on this book. I was living in Miami during this era and will start reading it as soon as I can procure a copy. Sounds like a great read, especially for Miamians who lived and worked in Miami and Dade County back then.

Who can ever forget Democrat President Jimmy Carter and the warm welcome he gave to 125,000+ completely unknown immigrants to Miami’s Dade County, many of whom were previously convicted violent criminals and patients from Cuban mental institutions. They were released from captivity by Fidel Castro to become part of the “boat people” in the Mariel Boatlift. Times have changed, but when it comes to politics, the apple doesn’t fall very far from the tree, does it?

I have several friends and family members who were in City of Miami and Miami-Dade County law enforcement before, during and after this era. I will forward your e-mail book review to them.

Marshall, I listened to the audio book at the beginning of the summer while on our road trip to the mountains, and found it to be a fascinating book. In spite of the fact that I worked for PSD during those days, attended the academy with one of the supervisors, and had previously supervised a few of the indicted officers, I learned MANY facts that were previously unknown to me! As for the significant increase in homicides resulting from the massive influx of illegal aliens, I hope we’re not looking at a similar disaster under the International Bridge in Del Rio, Texas.

Frank just send a good comment, I went to put my name and it went to anonymous, I want my
name to be where anonymous is, that email is not anonymous, Thank Frank