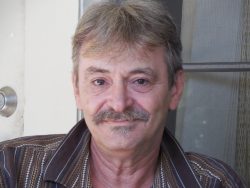 This poem (below) was written more than 30 years ago by a brilliant young man whose young life had been laced with rejection, heartaches, poverty and addiction amid the absence of ever feeling truly loved. Below is one of the sixty-plus poems he penned, which are taken from his book, Black Hole, assembled and collected from spiral notebooks and scrap paper, with no intention to have them published. That was done for him by a sympathetic family member.

These few simple words speak volumes about the persona of Bennett A. Frank.

THE DAY THAT I CAME LAST

Gather friends and listen, to a tale that’s true and wild

When Dad came missing in ’72, Mom spent no days in black

The world he knew was shades of blue, there was no turning back

The school bus dropped him off at home, but the door was often locked

His afternoons were spent alone, catching fish to trade in shock

When you’re between child and man, your world is what you make

There’s no time for tears that ran, He’s had all that he could take.

Hey Mommy, keep your men, your wine and bags of grass

For I would always remember, the days that I came last

*  (second verse, Bennett refers to “Dad”…who was a stepfather.)

Bennett Arthur Frank died from an overdose on hard drugs in January of 2019.  Xanax, Methamphetamine and Fentanyl, all three, were found his body. He had been living the homeless life, befriended mainly by homeless people and supplied with drugs of his choice by a generous physician.

Despite drug addiction which had haunted him since the age of twelve, he was a gentle soul, loved by his son and daughter, and his father, who knew he was trapped by a combination of mental illness, psychological impairment, low self-esteem and the everlasting grip from substance abuse.

Bennett knew that his father loved him, all his life, but always felt less important than other people, including family and friends. He felt he had disappointed everyone in the family circle. There was no turning back.

On September 11, 1960, Bennett was born a healthy baby in a North Miami hospital, the morning after Hurricane Donna hit the southeast coast of Florida. Today would have been his 60th birthday.

I will love him forever. I only wish he knew that.

And, I wish I could wish him a happy birthday. 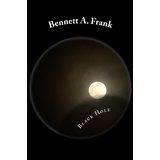 Black Hole is available on Amazon, or from me via e-mail.

Bennett’s full story of his struggles can be found in the book “A Boy Who Mattered” available via Amazon. Signed copies available by contacting me at mlf283@aol.com.

Looking forward to reading this book. My prayers for peace and comfort to you and your family today and all the days forward. I’m certain he knows how much you loved him.

I am so sorry for what you and the rest of your family suffered. You had a great loss, similar to one sustained by my extended family. The heartache never goes away.

I appreciate the anguish you feel in the quiet of your thoughts, especially while sitting alone. Unfortunately, there was nothing you could do to change the course of his life. Those who love you can appreciate the pain his loss puts on your heart! Even though you are not a believer, I pray that God will eventually heal your soul.

Happy 60th Birthday, on a drug free High Bennett. Why I was
spared, from my alcoholism & you were not, from other play
things of the Devil, I’m not sure. Now 81, but sober just 15
years & 6 months, I guess my Blessings are a combination of
God’s Grace and plain old Luck. That and being a Periodic
Alcoholic, with many dry & some sober periods, over 45 years
On and Off the Merry Go Round of Denial! I was moved by
your powerful poetry, in “Black Hole.” I was extremely sad on
reading your dad’s book, “A Boy Who Mattered.” It is for your
beautiful daughter Lacey to whom my condolences go most,
even more that your dad, Marshal Frank. R.I.P. Bennett Frank.