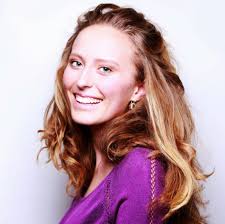 We first met Dorothy when she was 15 years old, auditioning to compete in Brevard’s Got Music Talent at the Henniger Center.  The Creative Arts Foundation (CAFOB) was new in Brevard County then, a non-profit group that seeks out special talents among young music students of the region. As one might imagine Dorothy was a stand-out, singing the Laughing Song by Mozart.  I know, because I sat in as one of the audition judges. We were all “wowed.”

Since, Dorothy has continued to study music, piano and voice, plus learning a number of foreign languages. She participated in many of the CAFOB Music on the Hill series, plus she won first place in the third season of Brevard’s Got Music Talent competition (winning $1000). A native of Cocoa Beach, she is surely a local treasure.

She eventually went on to complete her college studies a Rice University and is now a full-fledged operatic performer at the Houston Grand Opera, one of the most prestigious in the United States. We are all very proud.

Here is a recent performance by Dorothy in Houston:

Here is a duet rendition of “O Holy Night.”  you don’t want to miss this.

(A non-profit organization, the Creative Arts Foundation’s sole purpose is to help advance students of music in their chosen instruments. Since 2008, over$90 thousand has been awarded to youngsters from age 10 to 19, for partial scholarships, travel and audition expenses, instruments, solo performances, private lessons and much more. Over three hundred student have been featured in our programs. All tax-deductible contributions are aimed toward assisting students of music. For more info, visit www.cafob.org )

Thank you for tracking/reporting this wonderful story. We need much more of these cultural treasure stories. Here’s one “feel good” report for a change. Thank you, keep it up!

What a gift!!! Gives me goosebumps. Local girl makes good…thanks to the org that you founded!

I just read your email sent yesterday regarding Dorothy Gal.  Thanks for the update on this very talented young lady.  We heard her perform with the Choir at Our Saviours Church in Cocoa Beach back when she and her younger sister were both teen age school girls.  She had a great voice at that time and was also great on the piano.  Dorothy out-performed many of the adults in our choir back then.  She and her sister entertained us more than once as a prelude to our Christmas concerts at Our Saviours.  Dorothy also made a great recording as a duet with our Music Director, Phil Black.

This is pretty amazing! Thank you for sharing!

This email so wonderful and good, for all of us in a special way, things like this we as a whole in every community in the world. like to read, you have my support, I would like to see a add on

What a gift!!! Gives me goosebumps. Local girl makes good…thanks to the org that you founded!