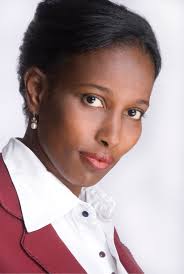 I urge everyone who is interested in learning more about the Islamic Jihad problem throughout the world, to read this article in the Wall Street Journal, penned by Ayaan Hirsi Ali (linked below).  Ms Ali is a Somali-born, Muslim apostate who escaped as a young woman to the Netherlands, where she began her crusade in awakening the world – and women in particular – to the threats of Islam.  She has since become an American citizen.

Ms. Ali is under constant threat of being killed, starting with her partnership in 2004 with film-maker  Theo Van Gogh, with whom she co-wrote a 12-minute film expose’ titled, Fitna, which highlighted the abuses of women worldwide under Islam and sharia.  Shortly after the movie was released, Van Gogh was murdered in the streets of Amsterdam.

Last year, Ms. Ali was invited to speak at Brandeis University where she was to receive an honorary degree.  Apparently, intimidation from behind the scenes took control, and Ms. Ali was unceremoniously uninvited, and her award was rescinded. She was not allowed on campus.

This is one example of muting free speech and imposing intimidation against anyone who is willing to speak the truth about radical Islam in America. I, personally, have been dis-invited and refused admission to speak at various locales in the last 7 years, since my book on militant Islam was published. It’s how they keep people like you and me in the dark.

Ms. Ali is a fascinating, brilliant and courageous lady who has authored a number of books. Check her out. You will definitely learn from her.

What does she think of our Muslim president.

there is no evidence he is muslim other than thinking it makes you happy.

She is the face of sanity in a sea of turmoil. I wish her nothing but the best. And not for nothing, that is one beautiful woman, too!!! If she needs a bodyguard, I volunteer.

I admire the courage of Ms Ali and truly welcome her to America as a responsible citizen with great potential and value to all of us.

Yes, she is a beautiful woman too!

I admire the woman and her writings. She was in the Netherlands when Geert Weems(?) of the Parliament also tried to tell the Dutch what was happening.

The Dutch Parliamentarian was Geert Wilder,

Ms. Ali’s article is extraordinarily well thought out and well written; however, I suspect Americans don’t see Muslims in the light of her three divisions. I believe most Americans see Muslims divided into radical Muslims and peaceful Muslims. Unfortunately, with a worldwide population of 1.6 billion, if even ten percent are radical that means there are 160 million people who want us dead and who want to dominate the world with a Caliphate and Sharia Law applying to everyone. That is a difficult proposition for us to deal with.

I have heard people ask why Sunni’s and Shites kill each other even though they are both Muslims. It’s akin to the Protestants and Catholics killing each other in Northern Ireland. Both are Christian, but still they kill each other. Many factions of the two divisions of Islam believe the other factions are apostates, no better than infidels, and worthy of killing.

It appears the world is changing rapidly with Islam spreading by the sword everywhere, but it really has not changed for 700 years. The very definition of Islam is submission. The Crusades were not created to spread Christianity, but to stop the spread of Islam. The Islamic goal has never changed: it is world domination, with Sharia Law applying to everyone. If that happens, our Constitutional guarantees and religious beliefs will be meaningless because they are incompatible with Sharia Law.

Recognize it or not, we are at war with Islam. In Islam there is only one Muslim, one who follows the dictates of the Qur”an and Hadith. We are in for a very rough time. Our grandkids and great grandkids will face a dramatically different world than the one we were raised in, but make no mistake, the goals of Islam have never changed.

Excellent article…Thank you. The response/comments are fascinating as well!

Also, watch “The Honor Diaries” and watch The Glenn Beck program on TV. He’s been doing special episodes titled “The Root” in which he lays out the history of the Muslim Brotherhood and shows film clips of goings on between the Muslims and Hitler!

Hirsi Ali has long been a hero of mine. I am ashamed of Brandeis for withdrawing their support of this great, courageous woman. I have read her book “Nomad,” and agree with her stand on Islam and the need for reform.

Sadly this seems to be the minority thinking among Muslims, and even more sadly, our government. All the best to this brave woman, but I fear some day we will see a small news story about her death at the hands of a believer in the “religion of peace.”

Also, if anyone tells you there is no reference to violence in the Koran and that Islam is a “religion of peace”, you can be pretty sure that said person has never read a Koran. I had heard both sides of this argument for years and about three years ago I did the wise thing, bought a copy of the Koran and read it, which every American should do. It only takes a few pages to realize that Islam is hardly a “religion of peace”. It is quite clear and in plain language that if you do not submit to Islam, you need to be killed. It is not debatable, the language is plain and explicit.

Paul, and it should always be noted that words of the Prophet Mohamed through the Angel Gabriel are considered pure for all time, and thus cannot be abrogated,to do so invites the charge of blasphemy, a death sentence in Islam.

Usually the primer on many of our college, and university campuses is the aggressive influence of the Muslim Students Associations across the country.

WE have seen then influence our college student’s young heads of mush from Berkley,Davis,Irvine,UCLA San Diego as well as Brandeis in recent weeks as well as a host of nearly 400 campuses that they are to be found on .

Ayaan Hirsi Ali has been a brave hero of mind since her days as a Dutch Representative in the Dutch Parliament. In 2005 Time Magazine tagged her as one of the 100 most influential Women in the World.

An excellent article except for her points of reform. The first point, saying that the Koran was formed by humans rather than by Allah, will simply never fly with Muslims.

And like some of your readers, I have read the Koran–twice in fact, once in college long ago and then again after I read your book on American Muslims. It is full of violence, as is the Old Testament, though as Ali says the West has worked its way past the violent passages (with the exception of those on the fringe).

As you know, the Koran cannot really be touched. So with the exception of the Reform Muslims, there is, sadly, little chance of a Muslim Reformation.

Please keep up all your good work.

I agree Jeff, but applaud those not afraid to say that it needs reform like Egypt’s General Sisi who is a practicing Muslim.

The words in the Qu’ran are beyond archaic. The 36 articles of the Hamas charter argues that its pronouncements are also locked in stone since they were drawn from the Qu’ran.

Excellent Article on this courageous woman. Along with Egyptian Noni Darwish, and Syrian physician Dr. Wafa Sultan, these brave women understand the dire conditions of women and girls living under the strict disciplines Sharia Law, plus the ultimate death penalty they would receive in their own country… for Apostasy.

Read all 109 Verses on Violence… directly from the sacred Qur’an:

I cannot deny all the demonstrated association and stated Muslim support by Obama. That being said, what is the evidence that he is Muslim and raising his family in that faith? I don’t like the guy, but are we exaggerating by saying he is Muslim??

I have many friends of one particular faith, but I don’t share their beliefs. I’m certain that’s the case with most of the readers.