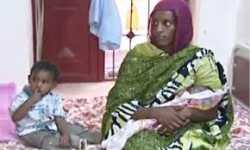 In 1955, Rosa Parks became a national icon figure for the civil rights movement when she refused to move to the back of a bus in Montgomery, Alabama. In that single moment, she galvanized the plight of black people into a cause for abolishing segregation.  A statue of Ms. Parks is now installed in the halls of the nation’s capitol. A woman to be admired, indeed.

Fast forward nearly 60 years. As we define bravery, we should turn to Meriam Ibrahim, a Sudanese woman who married an American and refused to renounce her Christian faith to a repressive government. Because her father had been a Muslim, the government determined she was a Muslim, and for marrying a Christian man, she was guilty of adultery, sentenced to be lashed one-hundred times and then hung by the neck until dead for her “crimes.” This is the Islam we hear little about, because it’s not called “terror.”

While Rosa Parks displayed courage for her actions of 1955 in Montgomery, Ms. Ibrahim’s actions should qualify her for sainthood in 2014.

That’s not the whole story. Ms. Ibrahim was jailed and chained to the floor for six months awaiting her fate while tending to her 20 month-old child who remained in the cell with her. There’s more.  Ms. Ibrahim was pregnant during this period and had to give birth to her new baby while her legs were manacled. All along, she refused to renounce her Christian faith despite the fate that awaited her.

The story went viral, driven to national awareness thanks to Megyn Kelly of Fox News. It brought the dastardly Islamic  government into international disgrace thereby forcing their hand to release the woman to be reunited with her husband. While she suffered in jail, her husband pleaded with our government to intercede. No help came. He had to go it alone, with his own battery of lawyers. She is now living in Vermont.

The woman’s husband, Daniel Wani, was recently quoted, “As an American citizen, I am disappointed at the American Embassy’s position from the beginning.”  The lengthy public silence by both the president and the secretary of state has drawn criticism.

African Muslim nations are a monstrous source of widespread abuse and subjugation of women. In Sudan, 88 percent of young girls are subjected to genital mutilation. Forced marriages are commonplace, likening the plight of young girls to that of slavery.  No one knows the true numbers of beatings, torture and murders within these countries, particularly of women who fail to obey their husbands or violate the tenets of Islam as prescribed by the Quran or the Hadith.

Ms. Ibrahim’s life was saved by public outcry. Now it’s time to save millions more by keeping this kind of barbarism in the public eye.

Ayaan Hirsi Ali, is an escapee from Somalia, who also underwent early mutilation and later fled to the Netherlands to avoid a forced marriage under Islamic law. She is now an outspoken intellectual and author, writing books and speaking at any venue that will host her in order to inform the world what horrors are experienced by women within the confines of radical Islamic life.  But it’s a tough sell, because many schools refuse to have her on campus for fear of Muslim Student uprisings. In April of this year, Ms. Ali was cancelled from a scheduled talk at Brandeis after the Muslims successfully put an end to her freedom of speech.  Brandeis officials backed down like cowards and allowed the Islamic radicals a victory.

Ms. Ali recently deivered an address at Yale, which – to their credit – stood up against Muslim protests.

Bear in mind that several major universities of this country have received endowments in the millions of dollars by Islamic governments in the middle-east, including Harvard which accepted $26 million in 2005. Such generosity buys a lot of influence.

I would hope that American media and the people of the world – particularly women – who do not understand the horrors of living a life bound by Islamic dogma, will rise up with all their power to demand respect, love and protection to the gentler sex. If Islam is truly a religion of peace, as recently stated by the British Prime Minister, and often lauded by our president, then it should start proving it with actions, not threats, intimidation and murder.

Rosa Parks is a famous lady, a great symbol of her time. She will be remembered forever.

Meriam Ibrahim suffered six months in a prison cell, to bear a child in shackles, awaiting one hundred lashes and then a lynching, all because she believed in Christianity instead of Islam. But she held her beliefs and stood her ground in the face of a grotesque and painful death.

I doubt anyone will remember her name by the end of this year. I doubt there will be any statues in her honor. I doubt it will make any difference to the many millions of women suffering inside the oppressive walls of radical Islamic slavery. 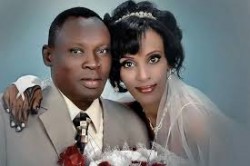 I hold this brave woman in the highest esteem. She has faced evil and was victorious, at a great price to her. God bless her. It is past due time for NOW and other supposed women’s rights groups, and the people of our country to stop coddling Muslims and Islam. Islam was created by a man who took a 6 year old as his wife and consummated the marriage when that poor little victim was just 9 years old. It’s disgusting and the pain that little girl suffered both mentally and physically must have been horrible. That is pedophilia in decent societies. Our leaders and fellow citizens must stop pretending Islam is not the evil disease that it is. Stop defending this misogynist, murderous gang.

Thanks for the insight Marshall. Not surprised at the government inaction. As we know, it is only when the wheel gets squeaky it gets the grease.

Thank You Marshall, good piece, isn’t it amazing how the current Admin. seems to ignore the good people in trouble ala the Marine being held in a Mexican jail for crossing the border by mistake with a gun, yet go out of their way to trade 5 hard core Islamists for a scumbag, Bowe Bergdhal. I have followed this woman’s story a bit because they are from my home state of New Hampshire.

People like this brave lady make life worth living . Unfortunately there are very few like this. Most people already know how despicable and dangerous this religion is. but either do not care or do not know what to do about it. Sooner or later we will be forced to deal with it.

Such a true inspiration, thank you Marshall Frank.

American leaders continue to call Islam a peaceful religion, despite all the evidence to the contrary. Nowhere in the Quran does it say to love your neighbor or your enemies, as does the bible. Islam is a brutal, oppressive, dictatorial, ideology, that treats women worse than cattle. The world needs to wake up to the Islamic threat to everything we hold dear.

Don, I assume you have a Christian background. Were the Crusades a peaceful Christian time? Each religion has a deviance from the precepts of that religion. Just because Islam has gotten highjacked doesn’t mean to defame the whole religion. If you want to talk about oppressive, dictatorial read the Bible, but everything is open to interpretation and putting it into historical perspective. I think it is dangerous to continue to damn a whole group of people and an entire religion because of a few (yes a few compared to the million peaceful and law abiding Muslims) deviants.

Another good article Marshall. Would someone advise Obama that this is the year 2014. And advise him to get his head out of his you know what. He is a disgrace to this country. I really can’t say though that I am surprised for our government’s lack of response.

I have always loved my country and believed my country loved me. It is scary to think this woman could get no help from any American agency, who all profess to help Americans anywhere. What’s happened to my country?

I am very glad to hear that woman is safe in Vermont. I wonder how she and her husband would be received in Sanford, FL, or Ferguson, MO?
My brother married a very black woman 40 years ago, and he had to end up
buying a gun, as he was so often threatened when he traveled with their
son. I also wonder how many American black women are in jail, with their
children taken away from them, because they tried to earn some cash
ferrying marijuana. Judge Samuel Alito once ruled that the cops were
justified in strip-searching a 10 year old girl and her mother, because
the man whose house they lived in, was accused of selling cocaine.
And all those crowds cheering Hitler-sure look like Christians.
Marshall, it’s my husband you’re mad at. But it is your site. We’re both
sorry to hear about your son. I did like his writings. Please tell him,
and give him my email address if you want.

The right move is to deport all of them and close down the all their operations.